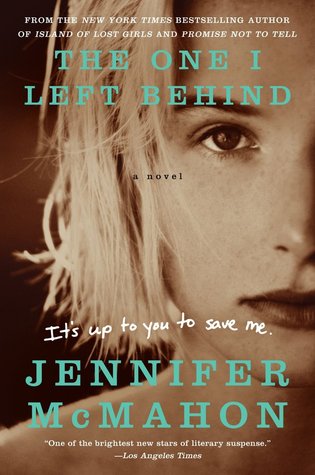 In 1985, 13-year-old Reggie’s mother was the final victim of a serial killer known as Neptune, who cut off one hand of his victims and left it on the doorstep of the police station five days before staging the body of the victim in public.  Reggie’s mother’s body, however, never turned up.  Twenty-five years later, Reggie has moved away from her small hometown and is a successful architect, but has never managed to put her past fully behind her.  Then she gets a call from a homeless shelter saying her mother has been found alive.  As Reggie searches desperately for the truth, Neptune resurfaces and Reggie must race to discover his identity before he kills again.

I love Jennifer McMahon and this title was no exception.  It’s well-written and deliciously creepy.  I loved the characters, especially Reggie, who I connected with emotionally.  It’s a thriller, so the writing is par for the course for the genre.  McMahon is one of my favorite types of thriller writers – the suspense and plot carry the book.  It’s thrilling and holds my attention without inserting unnecessary attempts at being literary, but the writing is also good enough to keep me from being distracted by poorly constructed dialogue or gaping plot holes.

McMahon is quickly becoming one of my favorite suspense authors.  She writes well, doesn’t over-embellish, and refrains from using gore to keep the reader interested.  Her books make sense and are easy to read, but the writing is done well, so there aren’t any distractions.  I recommend giving it a try.

The One I Left Behind is one of those books. Reggie was only 13 when Neptune, the serial killer haunting her town, took her mother. He removes the right hand of his victims on day one, and leaves their bodies on day five. But when Reggie’s mother is taken, her hand is found, but her body never surfaces.