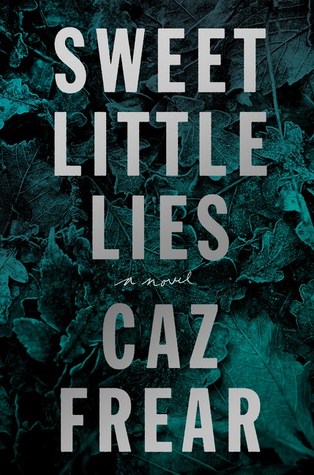 Cat Kinsella is a detective with the Metropolitan Police Force in London. She recently witnesses a horrific crime scene involving a child, so she is in mandatory therapy, being watched closely by her superiors, and on a very short leash at work. Cat also came from a rather dysfunctional childhood and has all kinds of issues with her father.

Around Christmastime, Cat and her team are called to investigate a murder of a woman who is found in the neighborhood where her father owns a bar. The victim was Alice Lapaine, a young wife who didn’t like to get out much, and naturally, her husband is the primary suspect. But things take a turn when it is discovered that the woman murdered is actually Maryanne Doyle, a teen who disappeared from a small town in Ireland that Cat was visiting with her family 18 years earlier. The cat always suspected her father was involved in her disappearance, she knows he lied about knowing her, and now she wonders if her father is also involved in her murder as well.

Cat is determined to figure out what happened to Alice Lapaine, and to Maryanne Doyle all of those years before. She crosses ethical lines and will stop at nothing to discover the truth.

This was a really good one. I always enjoy books where there are detectives involved, especially the less ethical detectives. I will say this book was dark and had some troubling parts to it (I won’t say what), but it is a thriller, so what do you expect? And it had a good twist at the end, which is always good!

The timeline goes back and forth from present-day adult Cat to Cat at 8 years old on her family vacation in Ireland, but the majority of it is set in present-day London.

And if you like to read a lot, I highly recommend Book of the Month. I get so excited when the new selections come out at the beginning of the month! To read more about my first Book of the Month, read this post.