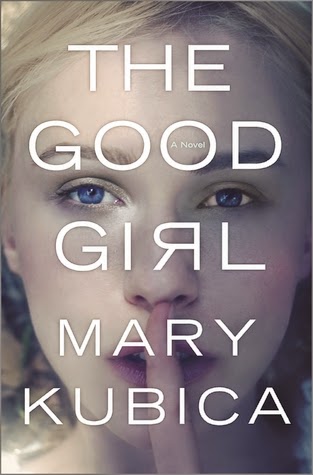 Ok, before I start my review, I want to warn you that there will be spoilers in the Entertainment Value portion of the review.  In a nutshell, I straight up hated this book.  If it hadn’t been an e-book, I would have thrown it.  There were several portions that I desperately wanted to quote, just to prove my point, but as I was reading a galley, I’ll refrain.  Just know that you’ll be getting spoilers if you read the Entertainment Value portion.

The writing in this one is just flat out bad.  The characters are stock, one-dimensional caricatures that aren’t in any way believable as real people.  There was no point at which I connected with any of them or developed a sense of caring about their plights.  They were all horrible, even the ones we were supposed to like.  And I don’t mean horrible in a good, Gillian Flynn way.  I mean horrible in cardboard, stereotyped flat as a pancake way.

So this is where I wanted to bring in quotes, but I feel bad doing that since I read a galley.  Instead, I’ll just summarize the bizarre and frankly disturbing “romance” of this book.  I kept hoping for some twist that would justify things, but it never comes.

So basically, the gist of the book is that Colin kidnaps Mia.  First, he stalks her.  Then he hits her, he holds a gun to her head and threatens to kill her, he chases her down in the woods, he terrorizes her, and he holds her against her will for months.

But he’s really not a bad guy.  He grew up poor and loves his mama!  See, he’s really not that bad?  And (this is really in the book) Mia starts to realize that she was really mean to him when he first kidnapped her and if she had had the opportunity she might have tried to kill him.  So it all comes out in the wash.

They fall in love and have tons of what the book portrays as consensual sex.  I feel the need to clarify to everyone who calls this a love story that if a man stalks you, kidnaps you, holds you against your will, threatens to kill you, and hits you, any sex had is not consensual.  Maybe you think it is because you’re suffering from Stockholm Syndrome, but this book is sure to point out that Mia is in REAL LOVE and not suffering from Stockholm Syndrome.  It made me livid.  LIVID.

Of course the twist at the end reveals that the evil rich people were evil all along, the poor kidnapper had a heart of gold, and Mia had some complicity in the whole situation from the very beginning.  Which does not change the whole idea of whether or not the sex was consensual in my opinion.

And can we just discuss this sad little tacked on twist?  I think it was put there so that the book could get Gone Girl comparisons, and it obviously worked in many people’s minds.  But it was two pages at the end of the book.  Seriously.  Two pages that felt randomly inserted into a story I already didn’t care about that did nothing to change my opinions or make me rethink anything that had happened earlier.  It was just as dull and pointless as the rest of the book.

In case you can’t tell, I am strongly recommending that you skip this book.  Having just had a great experience with another of the publisher’s books (Little Mercies by Heather Gudenkauf), I don’t want to write them off as a whole, but man this was a letdown, especially after all the raves I had read about it.

Born to a prominent Chicago judge and his stifled socialite wife, Mia Dennett moves against the grain as a young inner-city art teacher. One night, Mia enters a bar to meet her on-again, off-again boyfriend. But when he doesn’t show, she unwisely leaves with an enigmatic stranger. With his smooth moves and modest wit, at first Colin Thatcher seems like a safe one-night stand. But following Colin home will turn out to be the worst mistake of Mia’s life.

Colin’s job was to abduct Mia as part of a wild extortion plot and deliver her to his employers. But the plan takes an unexpected turn when Colin suddenly decides to hide Mia in a secluded cabin in rural Minnesota, evading the police and his deadly superiors. Mia’s mother, Eve, and detective Gabe Hoffman will stop at nothing to find them, but no one could have predicted the emotional entanglements that eventually cause this family’s world to shatter.